The James Milson Retirement Village have been operating since 1974, and in that time have evolved and adapted to the changing needs of their clientele. The North Sydney aged care provider take pride in delivering excellence in their commitment to personalised care. Residents are encouraged to engage in activities and pursue interests. Due to the location and design of the James Milson Retirement Village, they are also able to easily interact with the community around them. 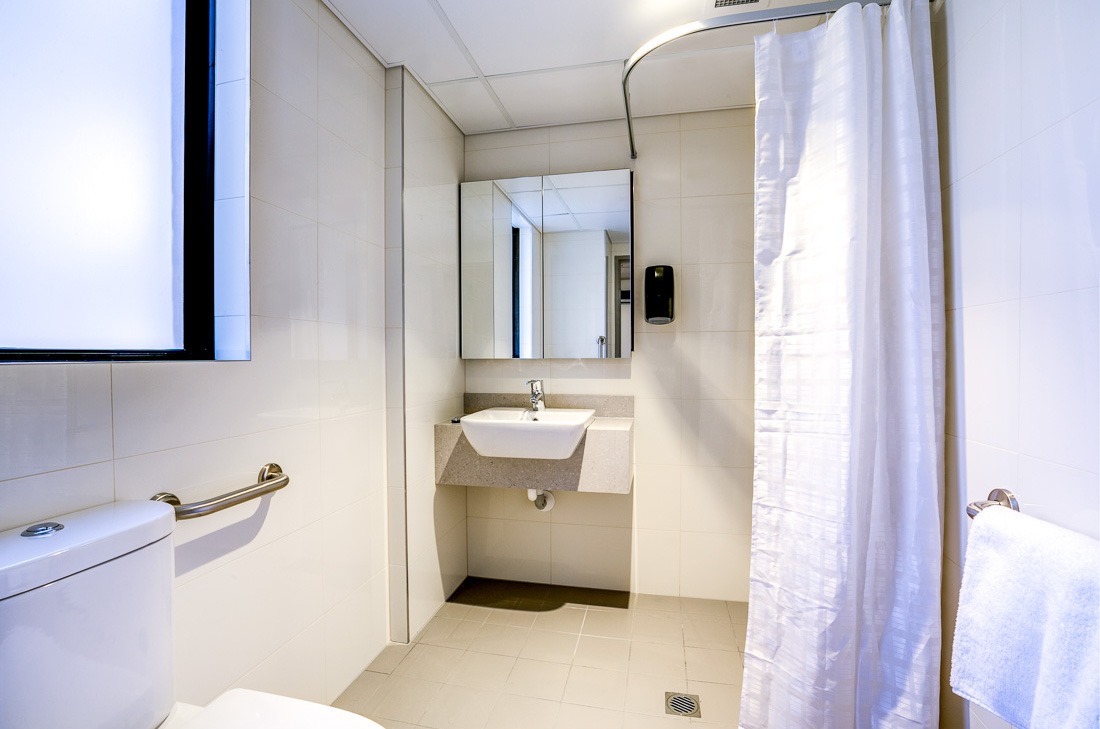 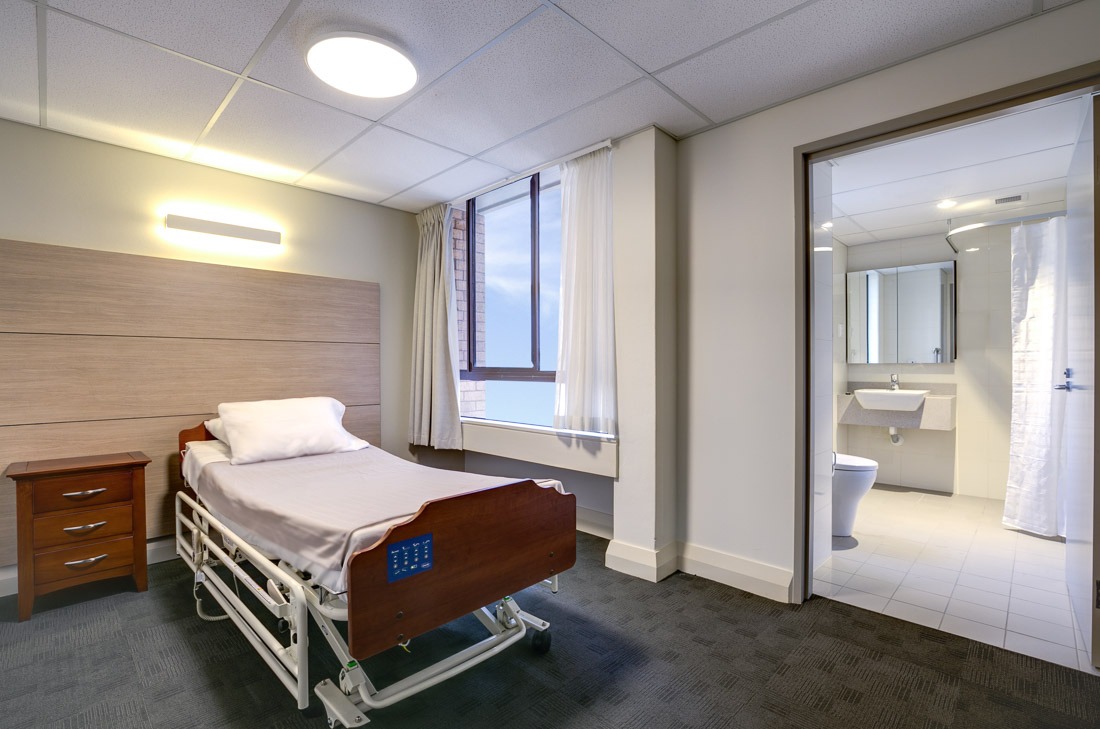 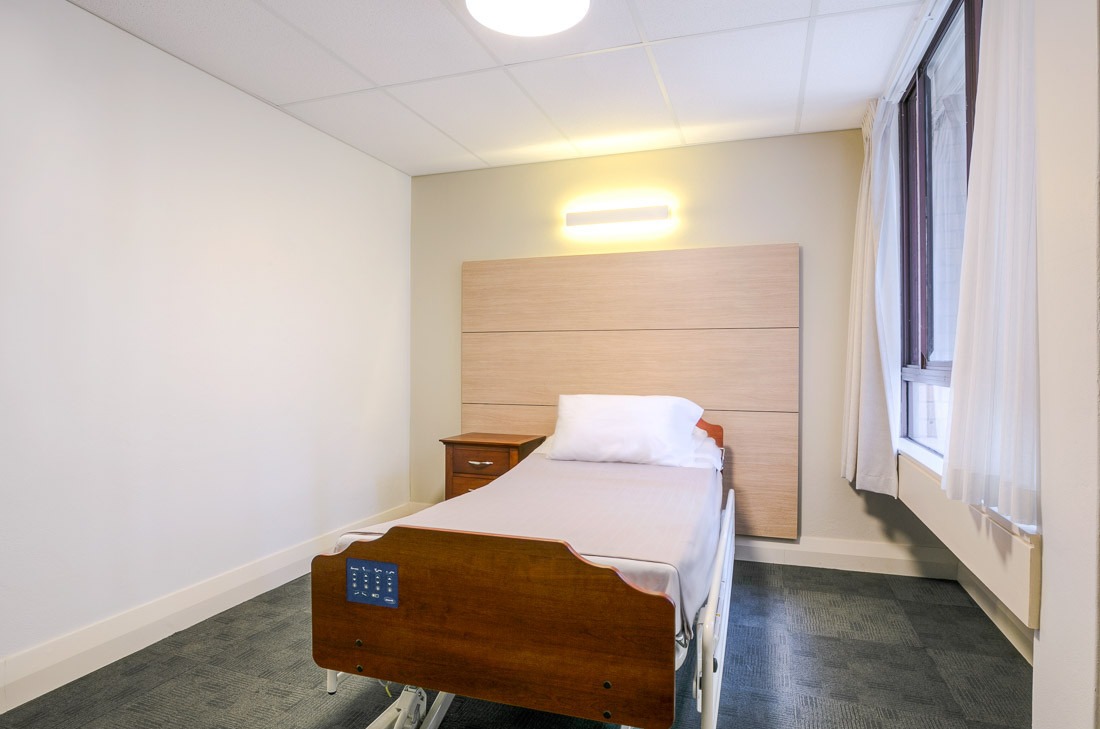 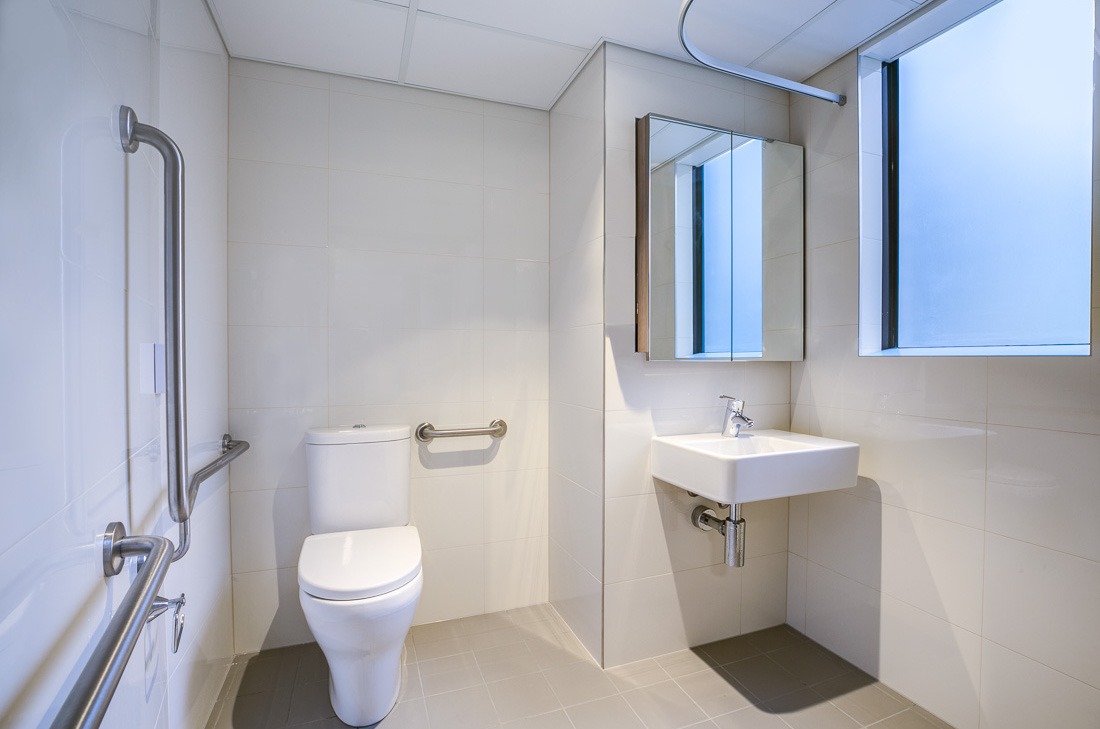 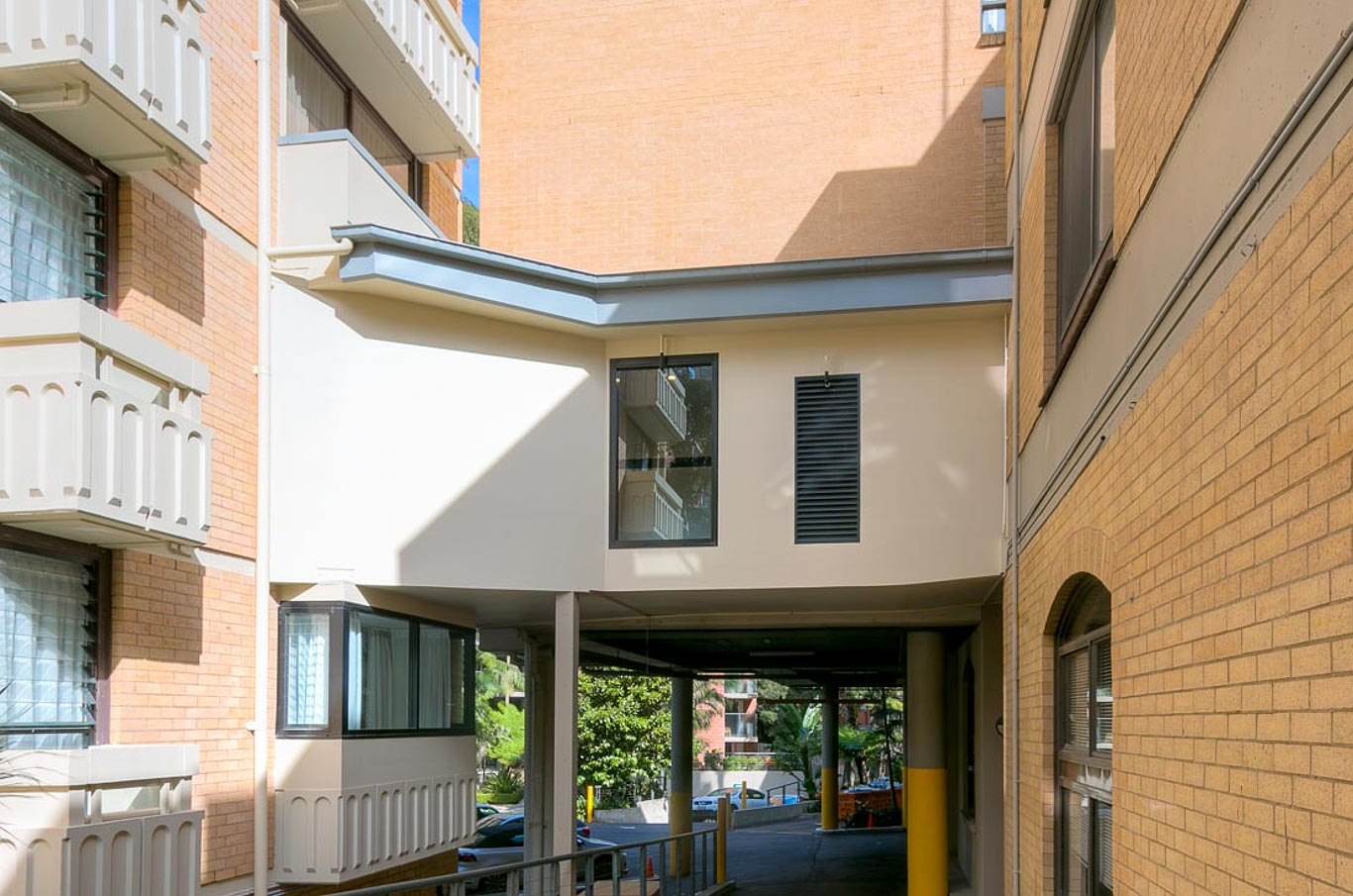 I have had the pleasure of working with Space For Health on three medical practice fitout renovations since 1999.Space For Health are a superb architecture firm with an excellent understanding of the needs of medical practice and superb design skills. In addition they are an excellent Project Manager of the building work required. In my experience two out of the three renovations we have performed in our practice have been performed during periods of time in which we have had to continue working throughout this period.

I would be most happy to recommend Space For Health without reservation.

With kind regards, Yours sincerely,

We consider ourselves fortunate at having been referred to the wonderful team at Space for Health.

For a new practice with a tight budget, the Space for Health team designed a modern, clean, highly functional office while never compromising aesthetics or quality. The prompt responses from the Space for Health team were always appreciated, and their design advice invaluable. Many of our patients have commented on our beautiful new reception area, and our neighbouring suites have said we now put them to shame.

We would happily recommend Space for Health to any medical practice looking at a renovation or new build.

I have now worked with Space For Health on two separate projects: one to set up consulting rooms and a 2-theatre day surgery, the other to develop a medical Centre and a 4 theatre hospital.

Late night inspection of a building site? No problem. 7th change to the concept lan? No problem. Dealing with a difficult council? No problem. Deadlines? No problem. The rooms and day surgery were concept designed, certified and fitted out within 4 months. The keys were handed to us 3 days ahead of schedule and the project manager totally restored my faith in the building/Fitout industry. First class, professional and pleasant to deal with.

They charge reasonable rates and I have found that a lot of small extras are not even being invoiced. I have two more projects planned and fully intend to use Space For Health on these as well.

We have been very pleased with the medical suite design-build that Space For Health supervised for us.

The design has been mentioned positively by many of our patients who see doctors on a regular basis. They feel it is a pleasant environment and makes it a lot more relaxing visit than would otherwise be the case.

The radiation shielding which is necessary for the nuclear medicine suite was all integrated into the design so that it is a safe environment for our patients and staff but without altering the design features.

The proprietors of the James Milson Village worked with Space For Health right from the beginning. The first challenge was in how we would approach the project. For a facility that required substantial space to meet compliance, we knew that there were a number of possible ways we could move forward. The brief called for a new two level building with 10 new rooms for high care patients. The existing structure had been built over 50 years ago and there was quite a lot of work to be done to bring into the modern age.

Some parts of the building were damaged, and much of it required extensive work in order to meet compliance standards. The question became: Do we tear down and rebuild or do we refurbish what’s there?

After producing some designs to show how the new configuration would be laid out, it was decided that we would rework what was already there, repair the damaged sections of the building and remodel the non-compliant parts. The narrow corridors made it difficult to have clear access everywhere it was needed, and low ceilings made it difficult to fit an effective HVAC system.

By demolishing the smaller, non-functioning rooms and replacing them with larger ones, we were able to overcome the obstacles and create inviting, comfortable rooms, while meeting compliance for the formerly difficult corridors and ceilings. In order to improve access, we created a bridge connecting the upper levels of two of the buildings. This also presented a challenge, as the levels were at different heights, however we got around this by designing the bridge on a slight incline to connect the separate levels.

The most difficult part of the process was making sure all requirements for safety were met. This building had complied with fire safety standards 20 years before, but not since. We knew that the council would require a substantial overhaul in order to bring the building up to scratch with current standards. Space For Health was able to develop smart fire safety solutions that kept us on track and within budget.

The completed project was received very well. We were able to create patient focused spaces that provided everything the residents needed in individual rooms. The finished product was very much in line with the goals of James Milson Retirement Village – to provide a comfortable and supportive environment that would allow residents to make the most of life.

See other projects from our Portfolio 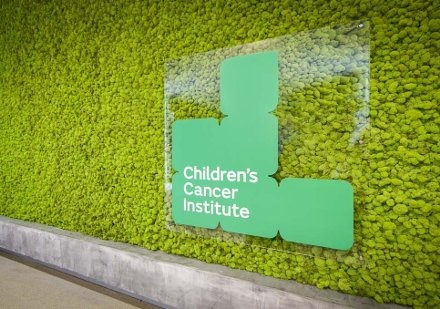 Space For Health worked closely with the Children’s Cancer Institute to Design & Redevelop their office – the three floors- in Lowy Cancer Building, UNSW under a TGA environment. 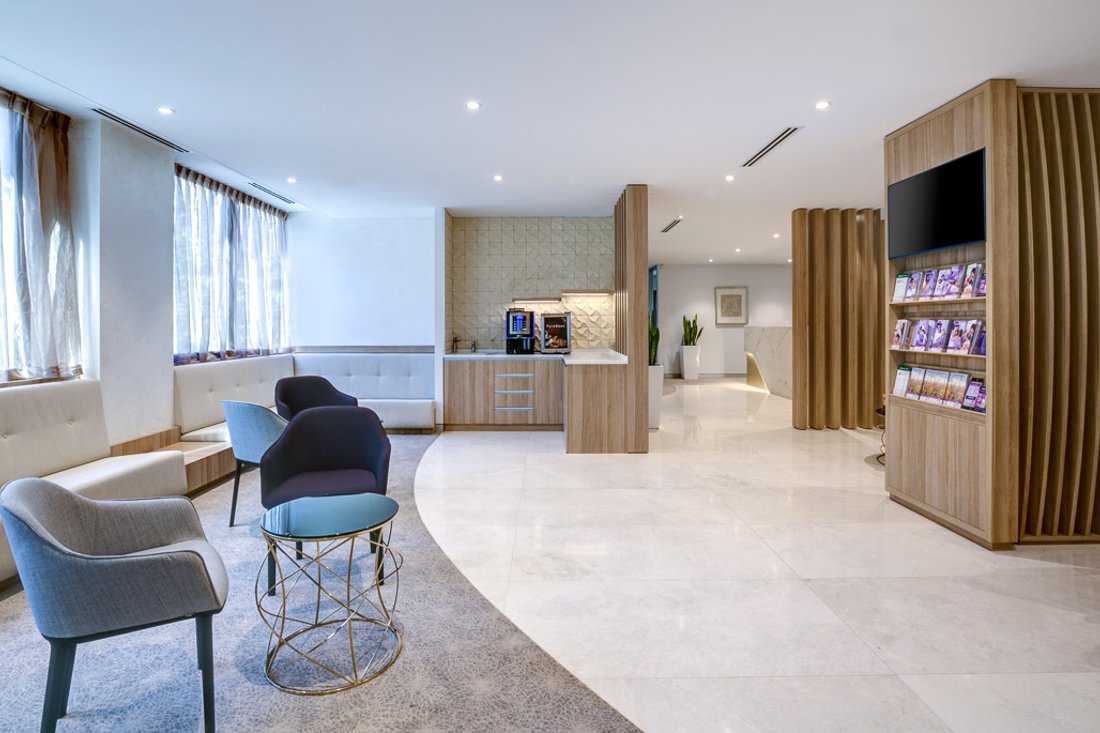 Space for Health developed the flagship clinic for IVF Australia in Sydney CBD. 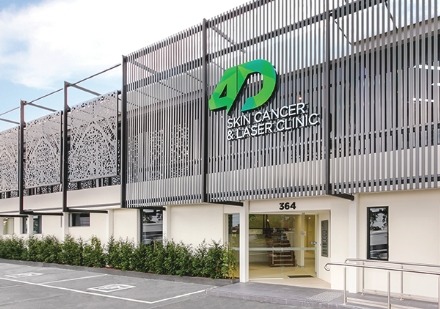 An old warehouse was converted into a stunning Healthcare building with great exposure on Pacific Highway to house the Specialised Laser and Skin Clinic.